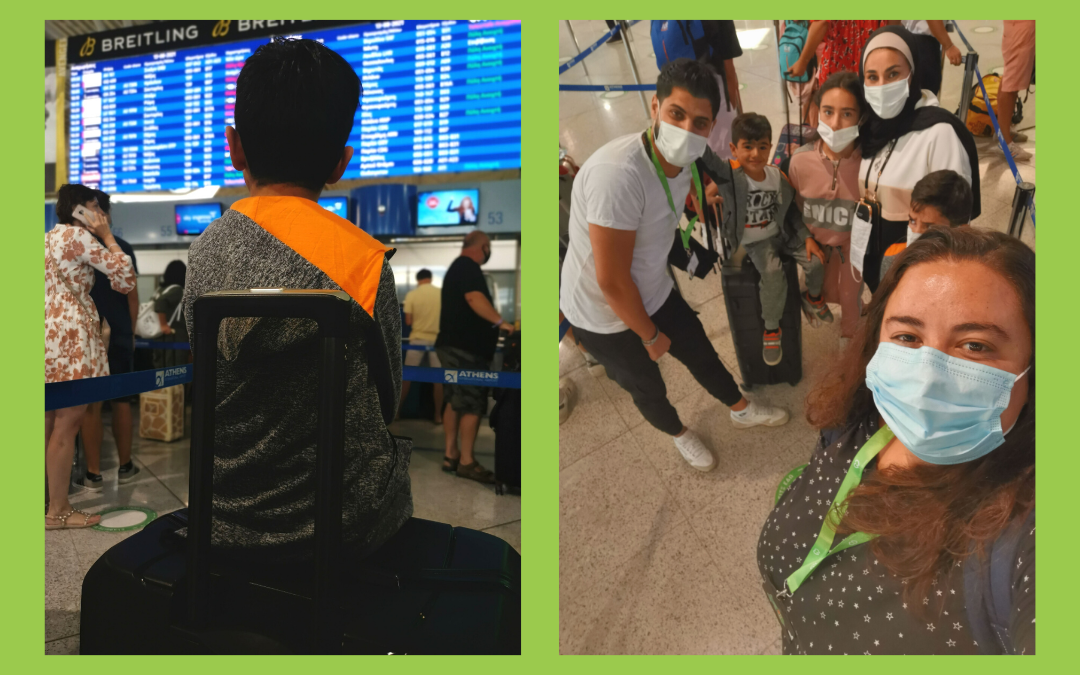 My name is Sanaa and I am from Navlos in Palestine. The situation in Palestine was incredibly perilous and I couldn’t see a safe future for my family there. We had to leave. I travelled, with my three children, to Aman in Jordan and then we went to Turkey. We waited in Turkey for one month before trying to cross from Evros to Greece. We attempted to cross by boat, but it wasn’t possible at first, until we eventually made the journey by sea. We crossed from Turkey to Samos. There were 35 people on the boat and we were travelling for almost 7 hours.

When we arrived on the island, we were worried we would be arrested and deported; so we stayed in the forest for two days until it felt safe to enter the refugee camp.

The conditions in the camp were terrible. My daughter was going to school in Samos and one day some men tried to rape her. We tried to report it to the camp police but nobody listened to us.  I was terrified for my family and needed to protect my kids, so I looked for humanitarian organizations to help us. Thankfully, I found Dimitris, who works for Goodwill Caravan. Goodwill Caravan helped us to get the IDs of the men who attacked my daughter and they were then forced to leave the camp. Goodwill Caravan provided accommodation on the island until we could travel to Athens. We’re now hoping to travel to Brussels so I can be reunited with my sister.

Because of the trauma we have experienced, I have endured some psychological problems and so has one of my children. We couldn’t get any help on Samos Island, until Goodwill Caravan assisted me with this. I’m very grateful to Goodwill Caravan because I feared my life, and my children’s lives were coming to an end; but now I can finally see light at the end of the tunnel. We have a future. Goodwill Caravan gave us the crucial support we needed to find hope again.  They helped us find accommodation on the island, bought tickets to Athens, found accommodation in Athens, and they bought tickets so we could be reunited with my family.