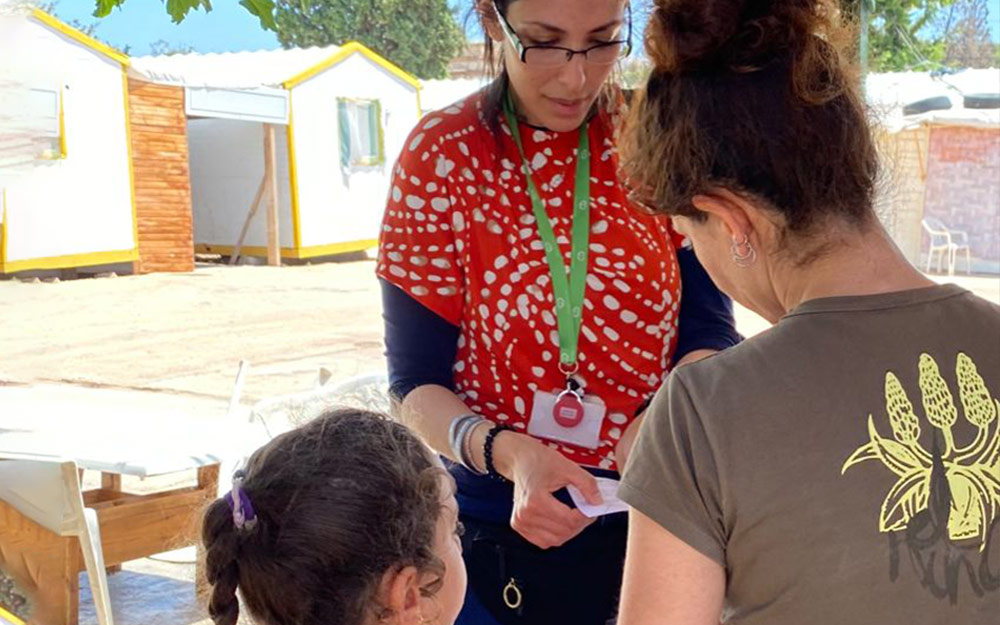 Since Goodwill Caravan began operating in Greece nearly 7 years ago, we have prioritized supporting refugees and refugee families stuck in designated camps throughout the Greek mainland and islands. Currently there are over 16,500 people living in such refugee camps. It’s well known that living conditions in these camps are unsuitable, and they are particularly unsafe for women and children who at the highest risk of becoming victims of trafficking, sexual exploitation, kidnappings, organ trade, and other serious threats.

This week we’d like to share a success story of an asylum case from our Legal Office’s outreach at the camps. Migration and asylum are popular topics in the news, but coverage often lacks essential details about how the process actually works. The case we’re sharing this week not only offers valuable insight into the asylum process, but also a look at the inspiring dedication and expertise involved in GWC’s Legal Office’s casework. 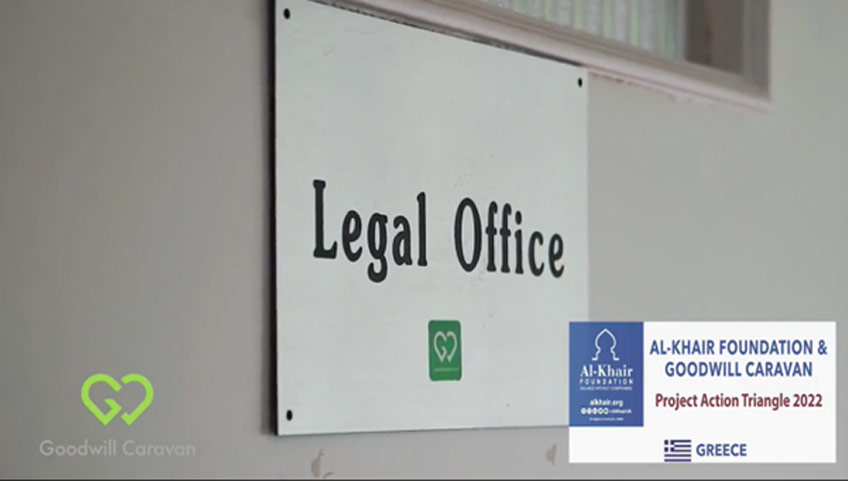 Initial Outreach In the beginning of December 2021, GWC’s legal team visited the Ritsona Camp outside of Athens and talked to asylum applicants from Syria, Afghanistan, and other countries. Short individual sessions were held with each applicant, gathering information about what stage of the application that applicant was in, any legal actions that could be taken, as well as any existing vulnerabilities that could be considered. In these brief sessions, GWC Legal team managed to assess 80 different asylum claims, the majority of which were undertaken for legal representation by the GWC legal team. The case highlighted in this week’s blog represents just one of these cases. Case history This case involves a Syrian couple with five young children who arrived on the island of Lesvos at the start of 2020 and applied for international protection later that year. Due to their Syrian nationality, their case was only examined on its admissibility, and not on its own merits. This means that their application was assessed primarily on whether Türkiye – where they travelled from to Lesvos – qualified as a safe 3rd country and therefore should be responsible for the assessment of their asylum claim. Based on this criterion, their 1st application for international protection as unacceptable (according to art. 84 of Law 4636/2019) and this family of 7 were ordered to return to Türkiye. A subsequent appeal was also rejected by the Appeals Authority in August 2021.   For almost two years, this family, whose youngest child had a severe medical vulnerability, had to live in legal limbo in the harsh conditions of refugee camps, first in Lesvos and then in the mainland (Ritsona), not understanding why their asylum application could not be examined by Greek authorities or why they were ordered to returned to Türkiye. Sadly, cases such as this are norm, not the exception. After assessing their case in December of 2021 at the Ritsona camp, GWC legal team accepted the applicants’ request for free legal aid and filed a subsequent asylum claim on new legal grounds. The case was prioritized due to their youngest child’s vulnerability. This 18-month-old child suffers from episodes of loss of consciousness and epilepsy. After the family’s appeal was rejected in August 2021, this vulnerable toddler in need of close medical attention was left without access to public health services due to a lack of legal documentation. His only option was to be treated on a short-term, emergency basis at public hospital emergency rooms. With this vulnerability and other new additional factors in mind, a GWC lawyer filed an application to register the family’s subsequent claim at the Attica Asylum Office for vulnerable applicants near the end December 2021, only a couple weeks after initially assessing their case. GWC’s Legal Office treated the case as a priority, and only a few days later in early January an appointment was scheduled for the family’s registration of their new claim. Throughout this process, they were closely represented by a GWC lawyer, who offered key legal documents including a supporting file with documentation backing up the legal arguments (see below, for further details). In mid-February 2022, the asylum service affirmed this subsequent application made with the assistance and representation of GWC lawyers. In practical terms, this meant that all new legal arguments would be accepted, the family orders to return to Türkiye would be annulled, and that Greek asylum authorities would finally examine the family’s asylum claim on its own merits. Perhaps most importantly, the family became again the rightful owners of asylum applicants’ IDs at this point, allowing their son to receive much needed medical care. Following this decision, GWC lawyers conducted sessions to help prepare the couple for their interviews, which was scheduled very quickly for April 2022.  The interviews went smoothly and in June 2022 the asylum Office issued a positive decision granting refugee status to all seven family members. This means the family finally gained the secure legal status that they’d always been eligible for and can now start a new life in Greece free from the harsh conditions of the refugee camps. For those interested in the legal dimensions of this case, GWC lawyers believe its success primarily relied on following “new and essential” legal arguments:


Our lawyers also believe the success of this asylum case can be measured by these three primary factors: (a) Due to the quality of legal representation conducted by highly experienced asylum lawyers, all previous rejections by the Asylum Service were overruled. (As is typical, the applicants had not received legal representation during the previous stages of their asylum request). (b) In terms of the timeframe, an asylum case that had been in limbo for almost two years while the applicants endured continuous fears that they will be deported back to Türkiye was resolved within 6 months by the GWC legal team. This timeframe is well ahead of the averages for such cases. Currently there is approximately a two-year waiting period for the registration of subsequent claims at Asylum Office in Attica for vulnerable applicants. (c) Finally, the beneficiaries’ youngest son’s need for medical care and treatment, which was compromised during period that they were undocumented (from 30.8.2021 until 18.2.2022), was restored. Final Note Covid-19 restrictions, along with a strict new set of regulatory measures, have limited many non-profit organizations’ access to refugee camps in recent years. This past June Goodwill Caravan successfully registered as Non-government organisation in Greece. One of the chief benefits of this new NGO status is how it grants us crucial access to camps across Greece. In the future, we greatly look forward to sharing similar stories of successful outreach to the highly vulnerable populations living in refugee camps. Thank you for your support💚💚💚!