The Wide-ranging Impact of Legal Aid: A Case Study 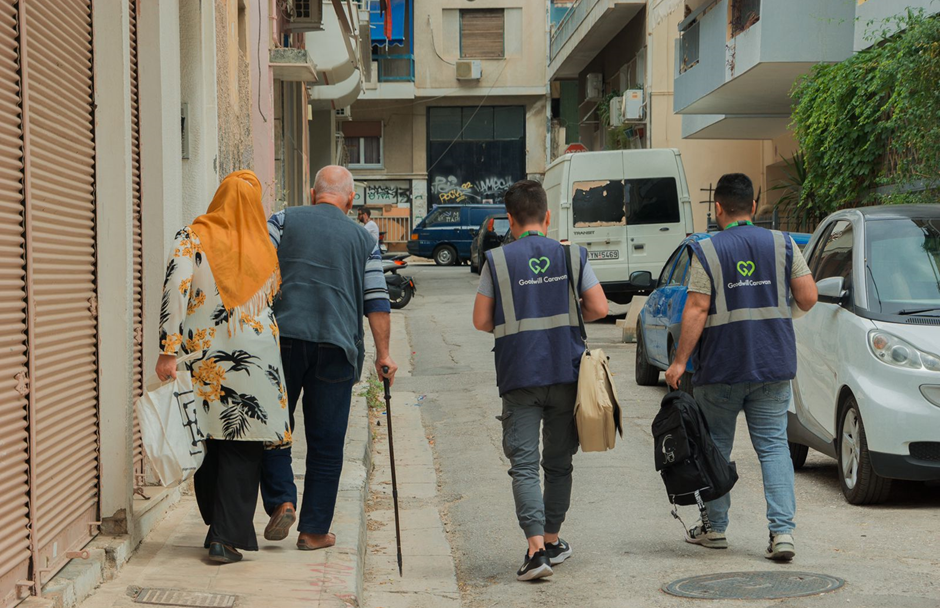 Last week, we looked closer at some of the recent impact numbers from GWC’s Legal Office. Such figures can only provide so much insight in the wide-ranging impact legal services can have on the lives of beneficiaries. Often Legal Aid can be overlooked as a field of humanitarian work, despite the fact that experience shows that without this crucial activity, other types of essential aid, such as social, medical, educational, and other services cannot be provided, leaving a huge number of forcibly displaced persons unassisted. This week we want to share a case study from this past summer highlighting  the far-reaching impact the services of  GWC’s Legal Office has had on the lives a retired couple and their 3 young grandchildren.

Sixty-four-year-old Abdel Mahmoud was born and grew up in Syria. Nearly forty years ago, he married his wife Hamad Al-Alyoub and they had nine children together. They raised their kids in the southwestern city of As-Suwayda where Abdel worked for the Ministry of National Defense. After retiring in 2004,  the family moved to Damascus. With the beginning of hostilities in the area 2012, they returned to Abdel’s his hometown, Deir-ez-Zor, which was not an active war zone at the time. Tragedy struck not long after, when one of their sons – a father of three young daughters – was suddenly killed in a January 2013 rocket attack. Abdel and Hamad fled Deir-ez-Zor with their son’s three young daughters to the northwestern city of Idlib where they lived until August 2019, when the hostilities in that area also became life threatening. Despite desperate pleas from Abdel and his wife Hamad, their dead son’s wife, who abandoned them soon after her husband’s death, never returned to take custodial responsibility of her three children. As a result, the grandparents assumed full custody of these three grandchildren and took care of them.

Fearing there were no safe places left to retreat to in Syria, Abdel and Hamad attempted to cross the Syrian-Turkish with their three granddaughters in search of safety. After several unsuccessful attempts, in which they were arrested, maltreated, and deported back to Syria by the Turkish authorities, they managed to cross Turkey and reach the Greek Island of  Lesvos in November 2019 where they asked for asylum. After two years of living in restricted, overcrowded camp, they were transferred to the Ritsona camp on the mainland near Athens and it here where GWC meet them in April 2022.

From their arrival date in November 2019 to September 2022, their asylum case had not been examined on its own merits due to their potential eligibility to be returned to Turkey as a safe third country. Consequently, they had received a total of four rejections from the asylum service – their initial (1st) asylum claim and appeal plus a subsequent (2nd) asylum claim and appeal. After learning more about their situation, GWC Legal Office registered their case and offered free legal assistance in filing an additional (3rd) asylum claim, which, thankfully, was finally ruled admissible. 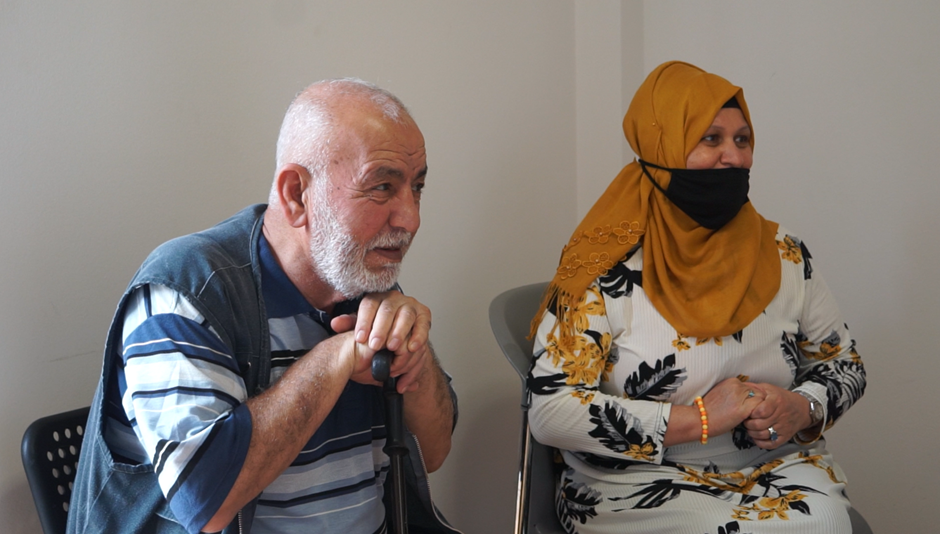 Due to this family’s significant medical vulnerabilities, GWC treated this (3rd) asylum claim case as an emergency. There is currently close to a two-year waiting period for registering asylum claims of vulnerable applicants at the Attica office. Our legal team managed to obtain an appointment within 17 days and also, after preparing the family for the interview, secured the quick issuance of the asylum service’s decision only 5 days later. Most importantly, our lawyers obtained a positive decision, ruling that the (3rd) claim was admissible (the success rates of admissibility decisions in such cases are lower than 5%). As a result, all five family members became the rightful holders of asylum seeker IDs and were given new interview dates in the fall of 2022.

Apart from the heartbreaking human story of hardships, the vulnerability of this case lies in the severe medical issues that all members of this family face. Without a secure legal status and document documents, they cand only receive very limited emergency treatment care at public hospitals. More specifically, Mr. Abdel Mahmoud has been diagnosed with Parkinson’s disease, coronary heart disease, type 2 diabetes mellitus and hyperlipidemia. In April 2022 he suffered a severe heart attack and was hospitalized for several days. When the doctors asked for additional high-cost medical exams to determine the proper future treatment, it was impossible to proceed without legal documentation. As a result, Abdel’s life was placed at risk while being forced to wait untreated for more than 15 days. Thankfully, he was able to receive this urgent medical treatment after obtaining key legal documents following the positive decision on the (3rd) claim in mid May 2022.

Mrs. Hamad Al-Alyoub also suffers from cardiological health issues and has had a previous heart attack. She and her husband both require medical monitoring on a regular basis. The oldest granddaughter witnessed her father’s killing at the age of two. As a result, she has suffered severe psychological trauma, including sleep and behavioral disorders (withdrawal, lethargy, anorexia, seizures). She has received treatment from a child psychiatrist, who diagnosed a possible episode of hysteria and recommended systematic monitoring from a psychologist. The second granddaughter lost her father and was abandoned by her mother when she was just one year old and exhibits psychological problems from this loss and other related trauma. Due to the premature closure of her skull sutures, she was diagnosed with an Occipital oblique disorder in her upper neck area, and she has been requested to have pediatric neurosurgeon assess this problem. The youngest grandchild was born on the day her father died and was abandoned by her mother when she was still an infant. Thus, she was brought up exclusively by her grandparents and also suffers from psychological problems from the loss of her parents and other related trauma.

Since arriving at Ritsona camp in 2021, the three children have received social assistance by the child protection team and have made significant steps of improvement in all fields (educationally, socially, medically, psycho-emotionally, etc.). They are attending public school and have established strong bonds with their teachers, classmates, and the surrounding community. Our goal is to continue to pursue all necessary legal actions to secure their legal status in Greece, so they can continue to address their healthcare needs and integrate into Greek society.